Every year numerous travelers come to witness this majestic city that is noted among one of the largest cities of the world. Cairo is the capital city of Egypt that is set on the iconic Nile river. It is popularly known for its rich ancient history, culture, arts, cuisines and more.
However, exploring this magnificent city could be challenging without a travel companion. Dunes & Beyond could be your ultimate travel buddy that will provide you with all the travel essentials. Our amazingly tailored Cairo Travel Packages will make your journey to this enchanting land an unforgettable memory with your loved ones.
Our packages include luxury accommodations, scrumptious meals, comfortable transport options and more to provide you supreme travel experience. All our excursions are accompanied by a professional local guide to give you in-depth insight of the destinations you visit throughout the day.
We don’t make a compromise when it comes to the quality of our travel services. Also, all the prices that are set for our Cairo travel packages are reasonable and value for money.
Book your travel packages to Cairo and visit some of the most iconic destinations of Egypt.

And plenty more such exemplary destinations. We guarantee you’ll be mesmerized seeing the rustic beauty of these classic wonders of Cairo. Don’t miss out on our incredible tailored packages that will take you on an unforgettable trip to the capital city of Egypt.
If you have any questions or queries with our featured packages or services then don’t hesitate to leave your contact info on our website. Our expert travel agents will get back to you with efficient solutions ASAP.
Make your trip to Cairo special by choosing our wide range of Cairo Travel Packages. You are guaranteed to avail a quality travel experience with your loved ones. Choose your package as per your travel preference and budget NOW!

Arrival; Cairo International Airport where D&B Tour Coordinator will assist you with customs clearance, luggage and airport procedures
Transfer in modern air-conditioned vehicle to Four Seasons Hotel at The First Residence
Check-in
Overnight at your hotel in Cairo
No Meals

Breakfast at your hotel in Cairo
Visit  The Pyramids of Giza and Saqqara Pyramid: Your Private Local Egyptologist will accompany you during a fascinating tour to:
Giza Pyramids: The only survivor of The Seven Wonders of the ancient world, visiting this magnificent cultural landmark may reveal some of the pharaohs’ secrets
Memphis: The oldest structures in Cairo date back only to the last couple of centuries BC during Greco-Roman period; however, on the fringes of the city stand the Giza Pyramids, some of the oldest structures on Earth. Despite their proximity to Cairo, the difference in age between the pyramids and the city itself are proof of their different histories
Saqqara Step Pyramid; Despite the fame of the Giza Pyramids, Saqqara is one of several other notable necropolis sites near Cairo that offer impressive sights and hold great archaeological significance
Overnight at your hotel in Cairo
Meals: Breakfast

Breakfast at your hotel in Cairo
Visit The Egyptian Museum and The Pyramids of Giza: Your Private Local Egyptologist will accompany you during a fascinating tour to:
The Egyptian Museum: Museum of Antiquities, commonly known as the Egyptian Museum in Cairo, which has a substantial collection of ancient treasures such as the tomb of King Tut and his funerary mask
Citadel of Saladin: An important example of military architecture from the middle ages near Muqattam Hills
Mosque-Madrassa of Sultan Hassan: This monumental mosque that was built during the Mamluk period in the 1300s
Khan El Khalili Bazaar: Explore and hunt for treasures in a souk in the historical center where you can shop for lamps, rugs, jewelry, and more
Overnight at your hotel in Cairo
Meals: Breakfast

Breakfast at your hotel in Cairo
Check out
Your Tour Coordinator will escort you to Cairo International Airport to board your flight home
Meals: Breakfast

Located in the heart of Cairo, Kempinski Nile Hotel provides an outstanding boutique experience overlooking the Nile River.
Due to the exceptional location in Cairo’s Garden City district in downtown, patrons are only miles away from Cairo’s attractions, such as the Pyramids of Giza, Egyptian Museum & Islamic Cairo.
Kempinski Nile Hotel provides a diversity of 137 rooms and 54 exclusive suites in a remarkable location. 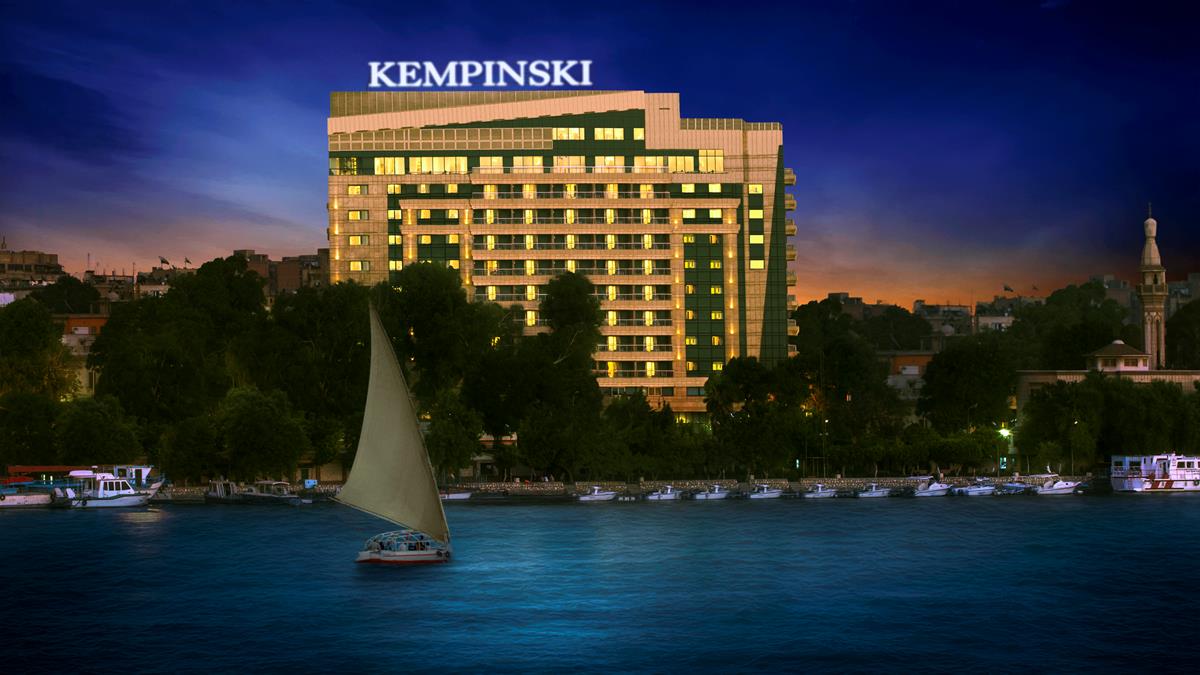 Prices are quoted in US Dollars per person per trip and valid till September 2020, except during Christmas, New Year & Easter holidays.

To be published soon