Egypt is a country filled with uncovered and hidden treasures and it doesn’t just come to the Pyramids of Giza. If it’s your first time visiting Egypt or your fifth and you’re looking for new types of places to visit and unique attractions, check out these amazing places right here in Egypt which you might not have heard about:

The Hurghada Archaeology Museum is the first to open in the city. It was designed to give you a realistic view of the realms of ancient times. The museum showcases many antiquities from Ancient Egypt that you can’t miss. If you’re visiting Hurghada or staying there, make sure to save some time for this museum and maybe check out some of the other available ones like the Hurghada Grand Aquarium and Hurghada National Museum. 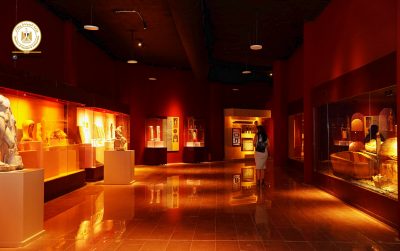 Located within the Citadel of Salah Al-Din, this museum holds the royal carriages belonging to the family of Mohamed Ali, who enjoyed horses. The royal carriages were used on various different occasions that included weddings and official processions. The building was initially called “Department of the Khedive Carriages” because Khedive Ismail was the first to think of founding a building to show off the royal carriages and horses. Afterwards, it was named “Management of the Royal Stables” and finally became the “Museum of Royal Carriages”. The museum has been closed for 20 years and was so nearly forgotten, but now within the next 60 days, it is set to reopen to the public once again!

This historic mansion inspired by a Hindu temple was built between 1907 and 1911 by Alexandre Marcef; a French architect. After restoration, it has opened once again and has become a touristic destination and historical exhibition. The palace was thought to be a haunted place used as a site for satanic rituals, but now tickets are selling out everyday as people are eager to see the great restoration costing over 100 million EGP. Buy your ticket for an exhibition of photographs, maps, archival documentations, films and more! 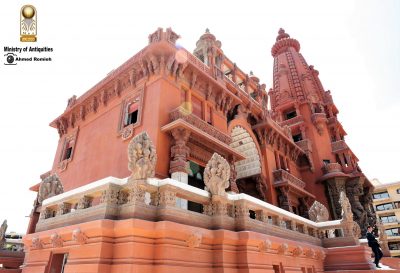 With over 23,000 square meters of exhibition space, this large museum displays 50,000 artifacts providing a closer look at the Egyptian civilization from prehistoric times. The museum consists of two regions; a chronological one and the other thematic. Located in Old Cairo, make sure to take some time out of your trip to Egypt to visit this amazing museum as you will not regret it.

Located in Alexandria, Egypt, the Eliyahu Hanavi was built in 1354. It was bombed during the French invasion and was re-built in 1850, closed in 2012 and restored in 2017 for the purpose of keeping its Jewish heritage alive. The synagogue is one of two remaining, where there was once 12. It’s considered one of the largest in the Middle East and it holds a symbol of Egypt’s plurality when diverse national and religious communities once worked and lived together. 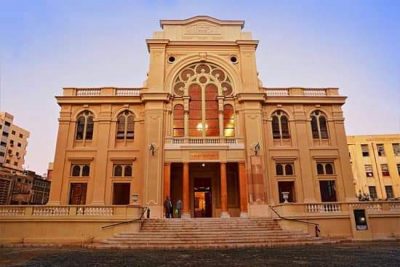 Aiming to create a new tourist attraction for the city of Sharm ElSheikh, this historical and archaeological site was built in two phases at the cost of 1.2 billion EGP. Scheduled to open April this year, the Sharm Museum has been receiving a number of artifacts including that from the Egyptian Museum in Tahrir. The museum will showcase the daily life of Ancient Egyptians during the New Kingdom.

While it is not an attraction, Tunis is one of the more underrated places in Egypt and is not very well-known. The village is located in the oasis of Faiyum and is famous for its pottery and small art galleries. It has institutions of art and cooking, as well as holding beautiful handicrafts festivals annually. Tunis has chalets which you can stay in if you plan on spending the night there. The visit will surely be worth your while as the village is full of palm trees and the atmosphere is very serene and relaxing, which also means that you will lie under a million stars at night. Everything there is handmade and animals are grass fed, so don’t miss out on a chance to eat while you’re there because everything tastes better. 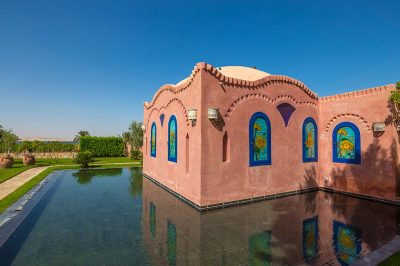 The Grand Egyptian Museum is the largest archaeological museum in the world, located about 2 kilometers away from The Great Pyramids of Giza. If you intend to initiate your trip with these two amazing attractions, you can always book your flight to land at Sphinx Airport which is only about 30 minutes away from the Grand Egyptian Museum. After the pandemic, it’s scheduled to open once again in 2021, with plans to exhibit the full Tutankhamun collection with pieces that will be displayed for the first time. 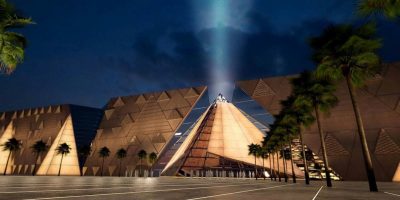 Of course, there is a lot more to see and discover in Egypt as it is full of ancient history, but now you know about a few additional very interesting places and attractions to visit on your next trip to Egypt!

Explore Cairo and Luxor in 5 days