Archaeologists have found at least 20 painted wooden coffins near the Egyptian city of Luxor; in the Valley of The Kings and The Valley of the Apes areas

Thursday 17/10/2019, The Egyptian Ministry of Antiquities unveiled two important archaeological discoveries near Luxor city including an industrial zone at the southern city’s West Valley, also known as the Valley of the Apes.
The Egyptian government is hailing that the discovery is “”one of the largest and most important” archaeological finds in the past few years”; more than 20 coffins with brightly-colored decorations.They were in two layers in a large tomb, with the ones on top across those below.The coffins have human remains and mummies inside. Also, they still boasted their original carvings of colors; red, green, white, and black, as well as, show the original paintings of faces and hands that have not faded over these thousands of years. The coffins were found in Assasif, a necropolis on the west bank of the Nile River. 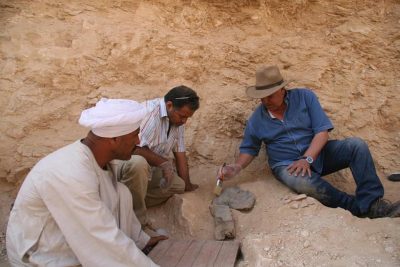 On other hand, The Egyptian Ministry of Antiquities declared that the discovery removes the ambiguity surrounding the fate of a tomb belonging to the wife of the Golden Pharaoh King Tutankhamun; as the research has been going on for nearly 100 years to discover the era of Amenhotep III, one of the richest periods in the Egyptian history. 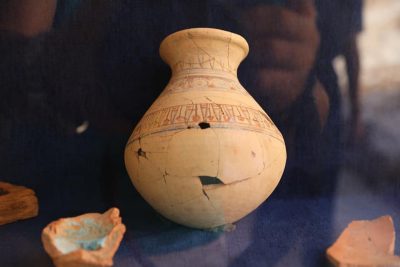 Luxor will never stop surprising the world with its new discoveries

Moreover, the western bank in Luxor has a big number of the ancient Pharaonic tombs, most of which belong to the 18th Dynasty of the Modern Pharaonic State. The valley of Thebes – which known now as Luxor – was the royal capital of the Modern Pharaonic State at that time. It is divided into the eastern valley and the western valley or the Valley of Apes; the area where the archaeologists have found the coffins. The valley is a closed area west of Luxor City;it is similar to the Valley of the Kings in its topography and geography. However, it is surrounded by mountain ranges from three directions, the south, east, and west.
This discovery is the latest in a series of major findings of ancient relics according to the archaeologists’plan; as the Antiquities Ministry has a plan to search for the tombs of Queen Nefertiti and her daughter – King Tutankhamen’s widow- and tombs for queens in the Valley of the Queens. In addition, search for the burial sites of the three major Pharaohs: Ramses VIII, King Thutmose II, and King Amenhotep. 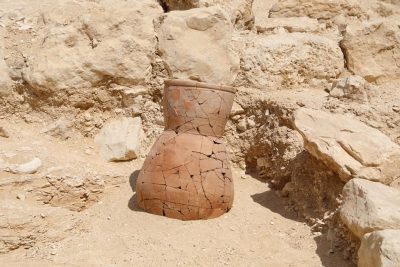 Know more about Luxor; nature, culture, history, and attractions. Also, you may enjoy one of the most luxurious cruises on the Nile between Luxor and Aswan. It’s time to discover Luxor with its amazing attraction and historical areas. Get the best of our amazing tour packages. Book now!

Private Day Tour to the West Bank in Luxor

Private Day Tour to West & East Bank of the Nile