Is Egypt safe for tourists?
You may not believe this but actually, Egypt is safer than USA! According to a new global poll, Egypt has been ranked the safest country in Africa and higher than both UK and US. The survey placed Egypt 16th out of 135 countries, while the UK was 21st and the US 35th. Egypt got 88 out of 100 in the survey, placing it on the same level as countries like Denmark, Slovenia, and China.

What happened in Egypt since 2011?
Egyptian revolution happened in 2011, following similar revolutions in Libya and Tunisia. Millions marched in Cairo’s Tahrir Square to force the President to resign after 30 years. A series of terrorist attacks have since followed. Luckily, the political situation is more stable now, 2018 was the first year that saw a significant increase in tourism.
Gallup’s Jon Clifton told the BBC that Egypt’s score reflected a trend over recent reports, which have seen Egyptians becoming increasingly trusting of the police.
Egypt was once one of the most tourist-heavy countries in the world. People from all over the world came to visit the Great Pyramids, The Valley of the kings, Abu Simbel and so much more of the ancient history- the greatest civilization ever known- and people also came to visit the famous Red Sea and experience world best scuba diving, exploring the wonders of the underwater world. As we mentioned before; after the revolution, Egypt faced few terrorist attacks but that is the way it is in the whole world! In the USA for example, 15 mass shooting happened in 2016, does that means the USA isn’t safe?! Of course not. 37.6 million Tourists came to the US at the same time. In France there were shootings in Paris, in Germany, there were markets attacks in Berlin. However, those countries are still on the top tourist’s list that you can safely visit, so is Egypt. Life is going on in Egypt normally and people are so friendly and helpful you will see from the first glance. You can easily find lots of tourists wandering on their own on Tahrir square. Planning your whole tour with one of the tour companies, will definitely help you enjoy your vacation.

How safe is Egypt?
Egypt ranked 2nd on CNN list of top 2019 destinations you should visit and spend your vacation in. That is one more proof of how safe Egypt is. One more to add to the list, Egypt just won the hosting of 2019 African cup of Nations for the fourth time.
The annual Gallup Global Law and Order asked if people felt safe walking at night and whether they had been victims of crime. And we are here to inform you that Egypt is safe according to the latest records and political stability they are having nowadays. You will love your stay here and wish to come back soon, we promise you that you will have an experience of a lifetime, and you won’t regret it.

Is Tourism important to Egypt?
Tourism is one of the largest contributors of the Egyptian economy; the tourism industry was affected badly after the revolution and now it began to rise again. The Government will go above and beyond to make sure no one messes with tourism. 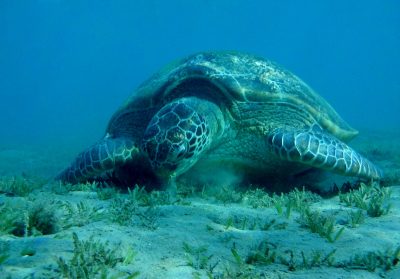 Egypt tourist attraction
We assure you that this is a trip of a lifetime, we need it to be as much fun and enjoyable as we can, so to make sure you won’t miss any of the tourists attraction and the must-see places, the easiest way is to plan your trip with a luxury tour company, just to make sure you are out of all the booking hassle and choosing the best place to stay, and to make sure that someone will guide you to explore and discover all the attraction sight scenes that you don’t want to miss.
Cairo– Egypt capital- was ranked first on the British independent for top ten cities to visit in 2019, so that is one city that you don’t want to miss when you visit. Cairo is popular by all the ancient monuments, the Great Pyramids and Sphinx of course and much more.
Abu Simbel temple has been one of the most tourist attractions in Egypt all over the years. For those who don’t know, Abu Simbel temple one of the largest temples in Aswan. Egypt celebrates the alignment of the sun on King Ramses II’s face, a phenomenon that occurs twice a year, marking two important dates in the Pharaoh’s life. The first alignment takes place every year on February 21, marking his assumption to the throne, and the second on October 22, marking his birthday. Tourists come from all over the world just to see this amazing phenomenon and you should do it too! Visiting Egypt means that you should visit the Red Sea, and you will find a lot of places to go to, such as, Hurghada, Sharm Al-Sheikh, Dahab and Taba. The sea is known for its amazing diving sites, a popular destination for all tourists to discover the underworld water.
You must not skip visiting Egypt Desert; the white dessert and Siwa there will catch your eyes!