New excavation took place in Saqqara necropolis nearby Userkaf pyramid complex. The work conducted since 2016 and led the Egyptian archeologists into important discoveries where the surrounding area is full of monuments, artifacts and mummies. 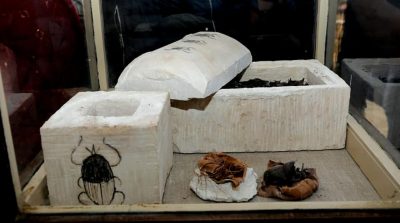 A press conference was held on 10th November 2018 to present this event and it was attended by the minister of antiquities “ khaled El_Enany “ Cairo governor and about thirty ambassadors from different countries.
The Egyptian minister delivered a speech to the rest of the attendance about the new findings and their importance. Among these discoveries are series of tombs nearly seven, three were dated back to the New Kingdom but as many monuments and tombs they were reused during the late period and were dedicated to one of the popular goddess “ Goddess Bastet”, symbol of domesticity and child birth whose depiction was primarily as a whole cat or as a women with a head of lioness. 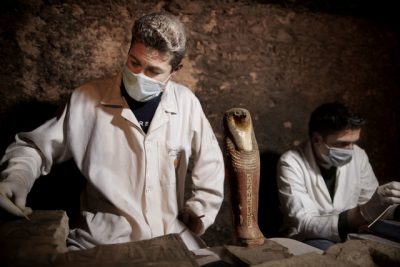 The other four tombs dated from the Old Kingdom, the primary one belonged to the overseer “Khufu Imhat “.
Dozens of mummified cats were found along with a bronze statue and approximately one hundred wooden- gilded statues. 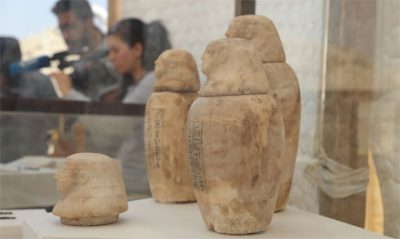 The mission announced that the discoveries included various statues depicting other animals “ cows, lions, falcons and snakes” as animals were honored and worshipped during old times.
Alongside this collection a number of scarab mummies were unearthed inside small limestone boxes as sarcophagi adorned with black scarabs. Scarabs were very famous during ancient times in Egypt where they had an important role in the sun’s regeneration. 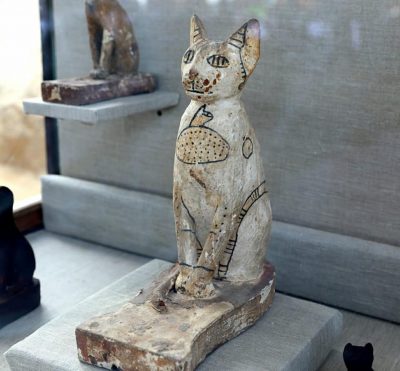 In El_Enany’s opening remarks he mentioned the discoveries in Luxor where they unearthed two mummies and it will be announced shortly
Seeing all those new discoveries in Cairo and Luxor is not far from you. Through our company Dunes and Beyond, book your luxury trip to Egypt with the best travel agency in Egypt and enjoy a quality tour package to all the main attractions in Egypt, the land of civilization.